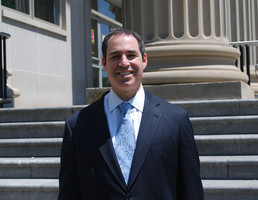 Michael D. Mirne, was admitted to practice law in 2001 after graduating from Seton Hall University School of Law. Prior to his practice of law, Mr. Mirne was employed with the appraisal firm of Mirne and Cerone, and later with the Law Office of Alan Cornblatt. As an attorney, Mr. Mirne has built a reputation as one of the premier Real Estate Tax Appeal attorneys in Monmouth and Ocean Counties, obtaining assessment reductions in over 80% of his tax appeal cases and saving his clients over $67 Million in Tax Assessments. In 2008, Mr. Mirne became one of a select few attorneys who is also certified and licensed by the State of New Jersey as a Tax Assessor.

Since opening his practice in 2002, Mr. Mirne has also established himself as one of the leading eviction attorneys in Monmouth County, providing landlords with unparalleled representation in both residential and commercial evictions, habitability hearings, rent increase trials, and representation of landlords before Rent Leveling Boards. As a residential and commercial landlord himself, Mr. Mirne frequently lectures Attorneys, Landlords and Realtors on the fields of tenant screening, lease drafting, and litigating complex eviction matters. His areas of expertise include drafting and negotiating leases, as well as drawing of the proper notices for termination under the Anti-Eviction Act. Along with Real Estate Tax Appeals, the Firm’s statewide eviction practice has been the cornerstone of Mr. Mirne’s law practice.